YOUNEEDIT is an emotional balance reporting social app that allows a person to document emotional balance, share and control it through the use of iDevices and iAssistive technology. This promotes greater independence by enabling people to perform tasks that they were formerly unable to accomplish, or had great difficulty accomplishing, by providing enhancements to, or changing the methods of interacting with, the technology needed to accomplish such tasks.

The first attempt at working with this idea occurred in the first version of my online "Résumé 2014-15" in September 2015, and then in WebTalkTo version 9, I claimed that the apple watch app would soon be on iTunes :) Finally, I have created version 2 of the app UI.

All navigation works with the voice command. Press the button (finger print) to activate the microphone and tell the app where you want to navigate or what you would like to do. The button will be an integrated visual part of any screen.

While working on the UI I have created more artistic re-presentations of the screens and their most important elements. Those re-presentations will follow related screens, thus providing some natural accentuations.

The first requested info is the user name. When the user has successfully entered it, the app will show a second screen with a profile picture already on it (one associated with the user name) and the password info request. Again, all the operations will be initialised using a finger tap, which will activate the voice command mechanism. 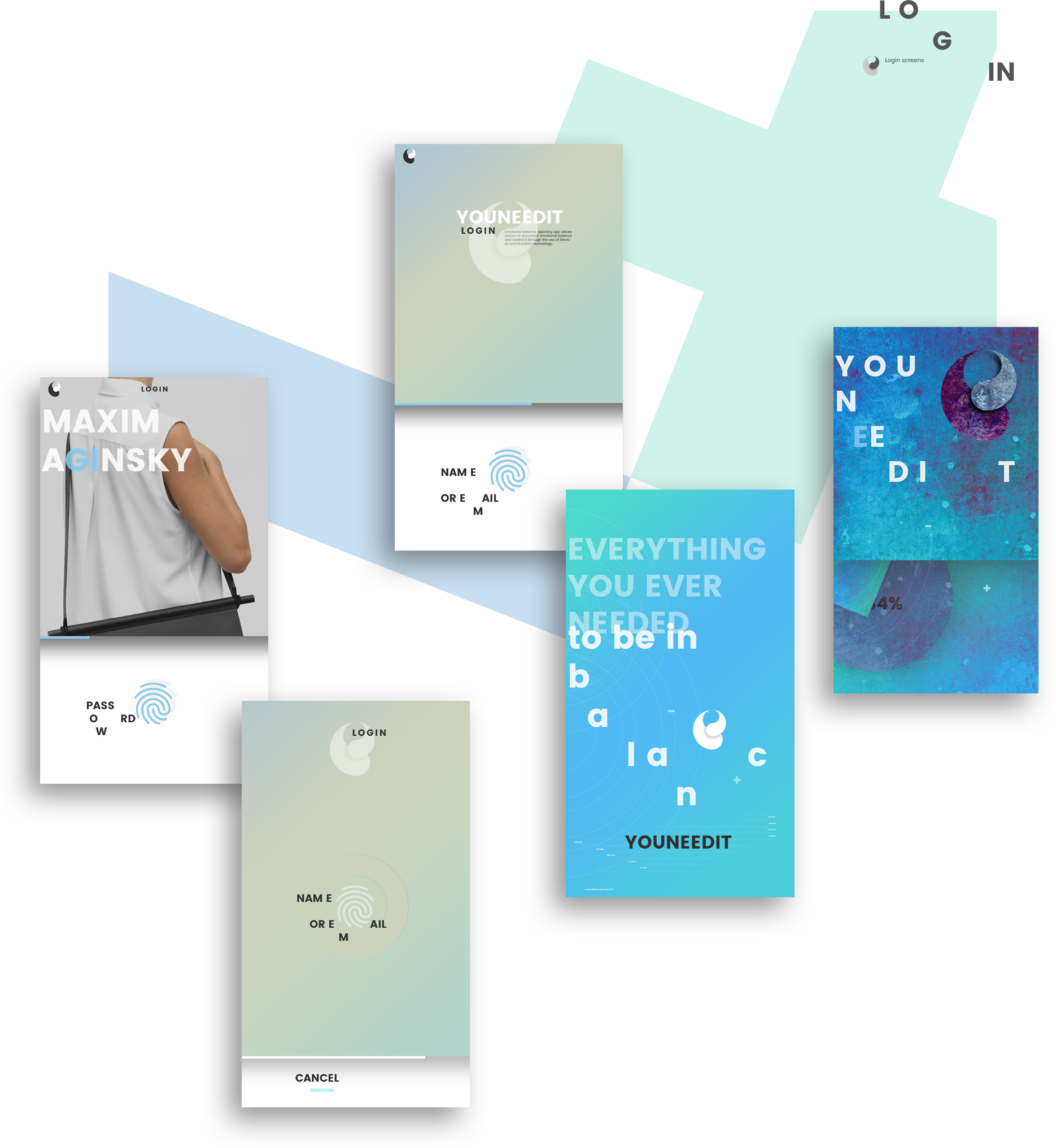 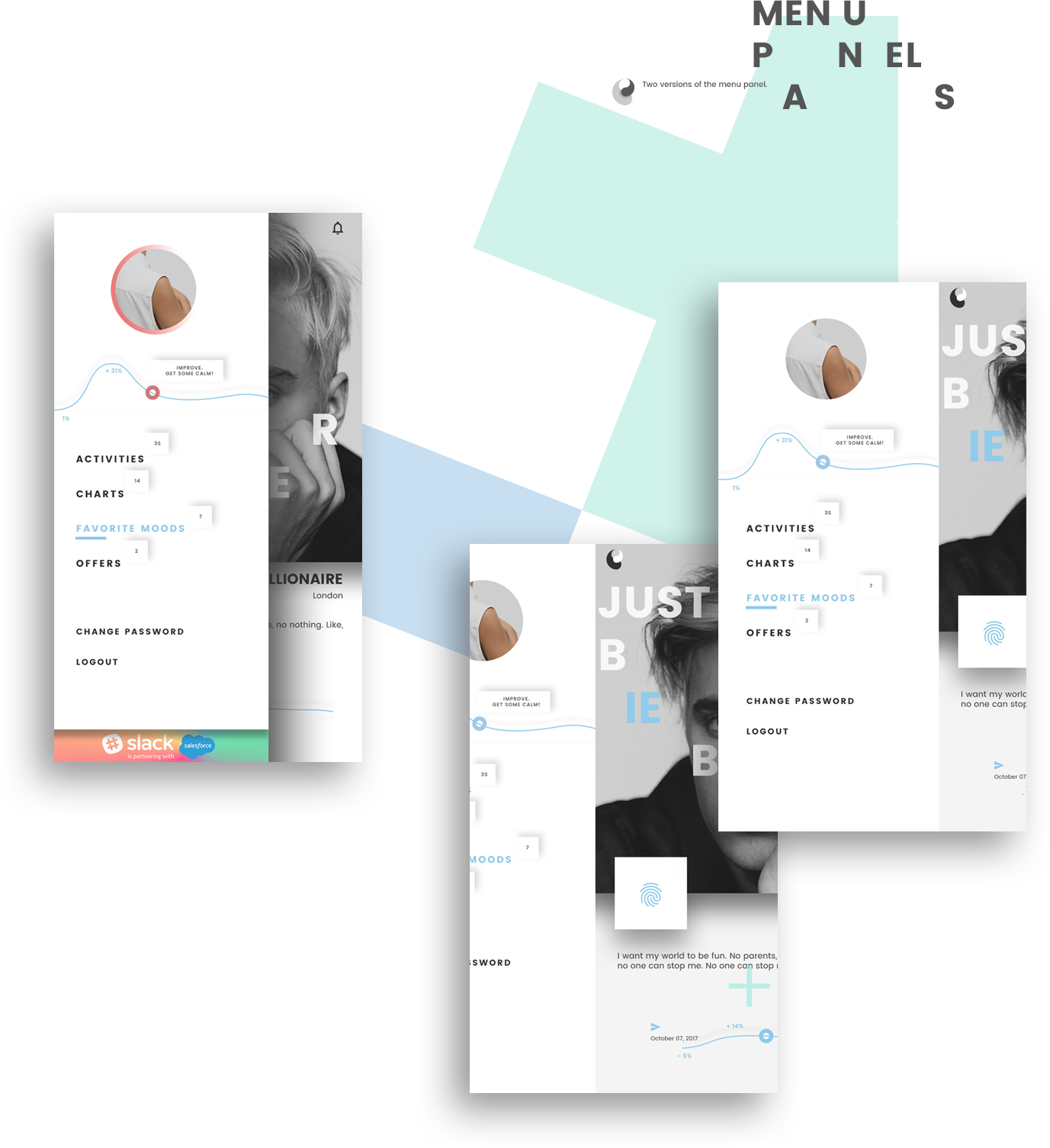 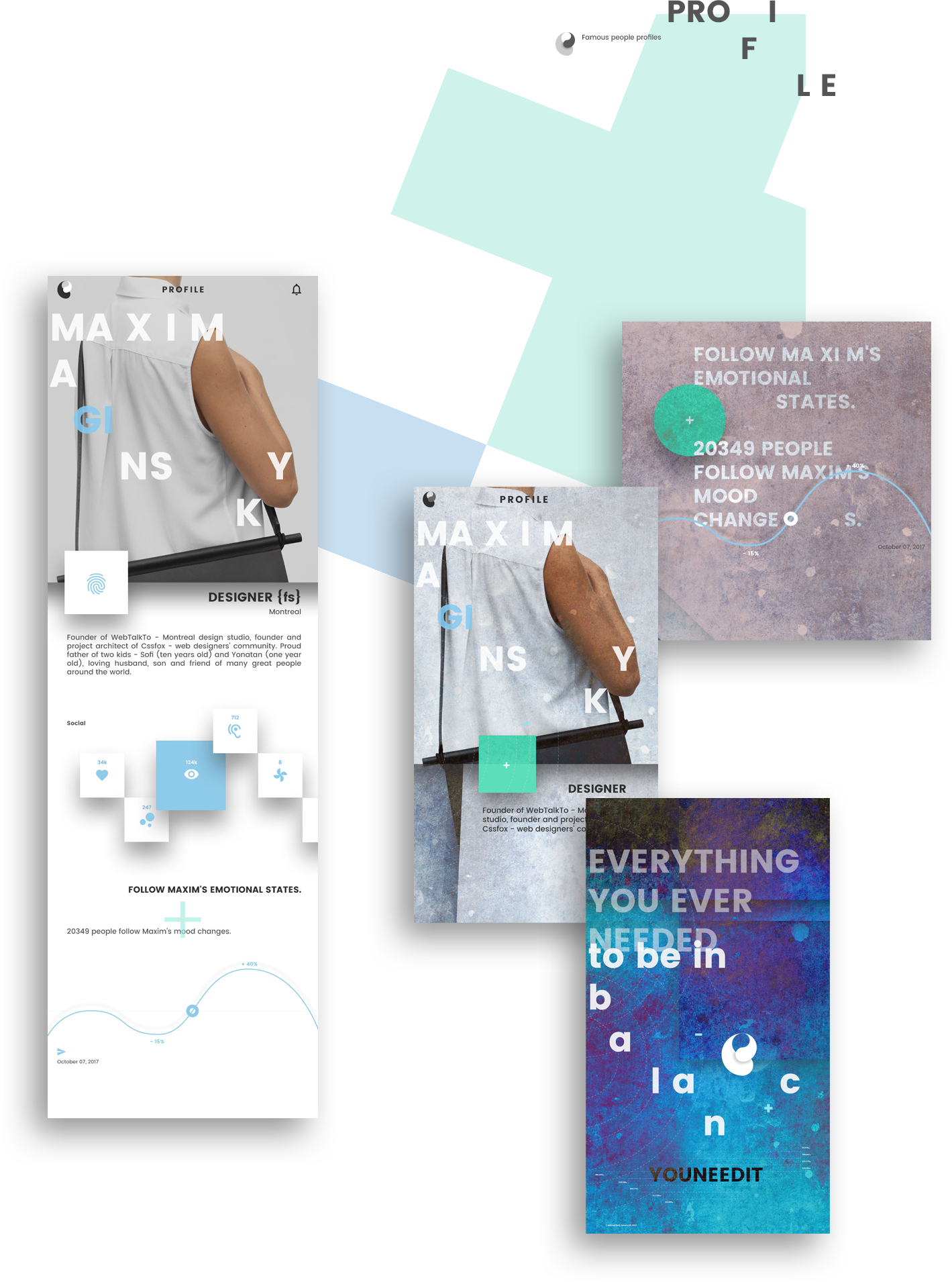 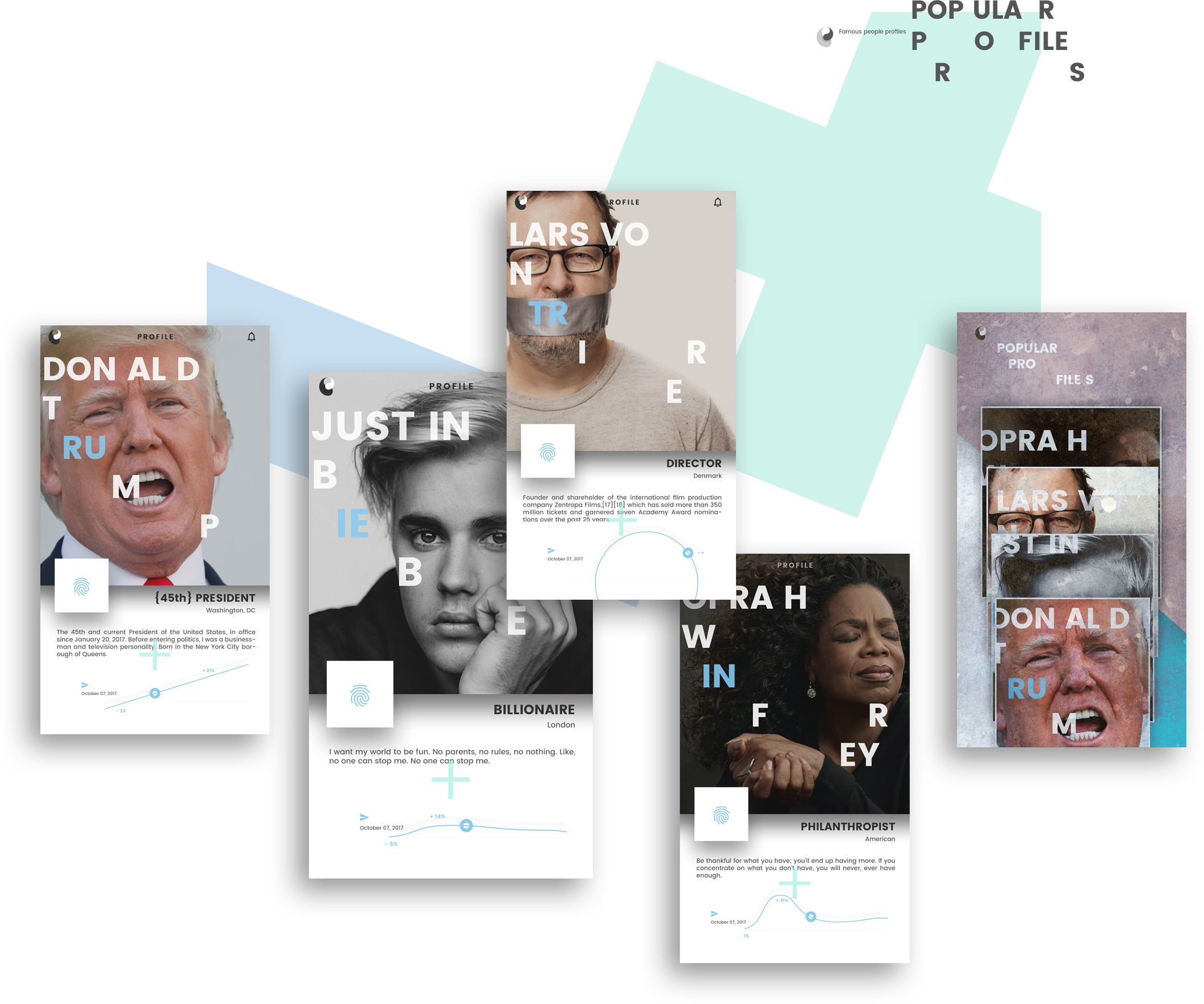 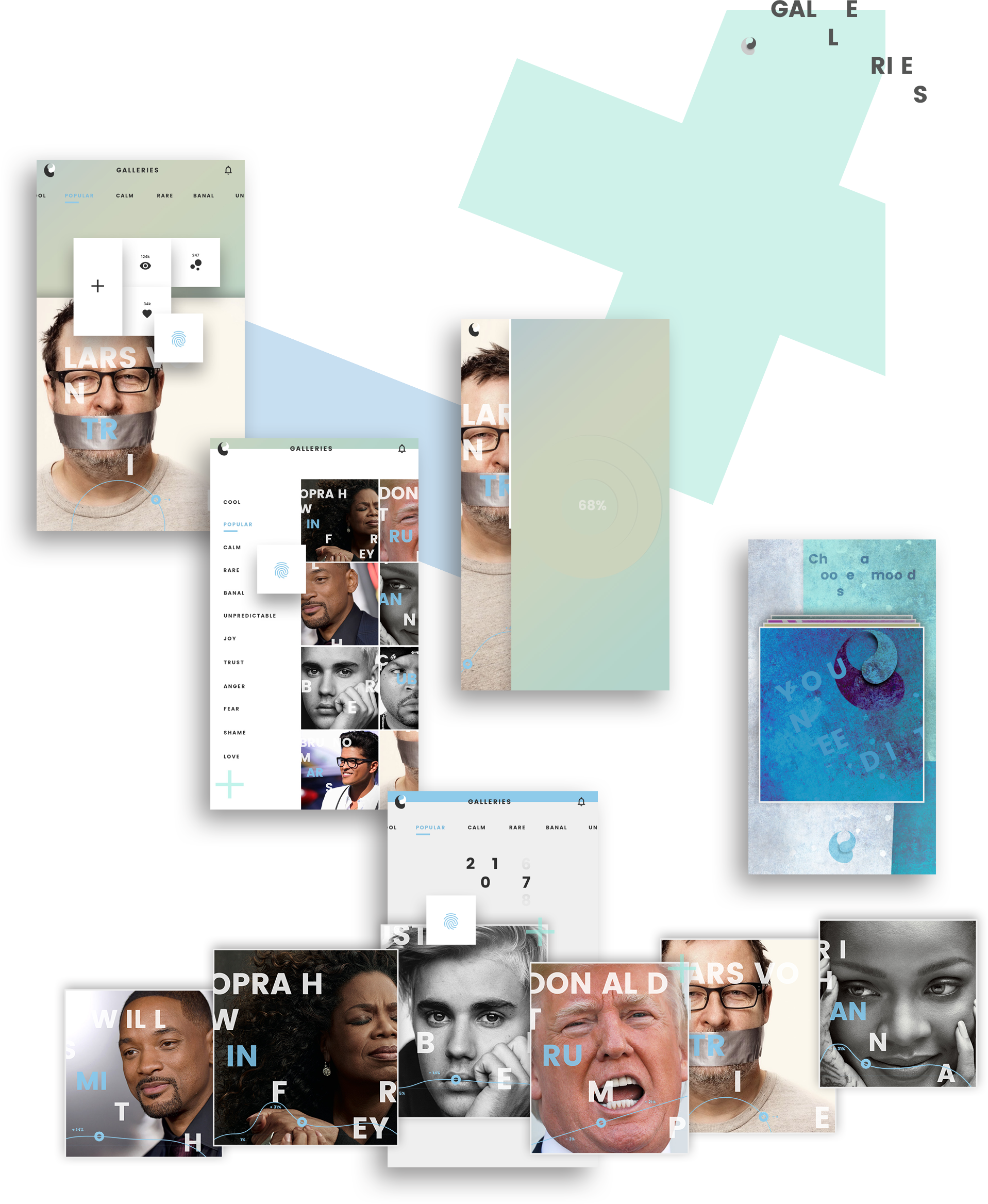 Edit your January mood balance for positive future effect.
This is a trick, but it works! 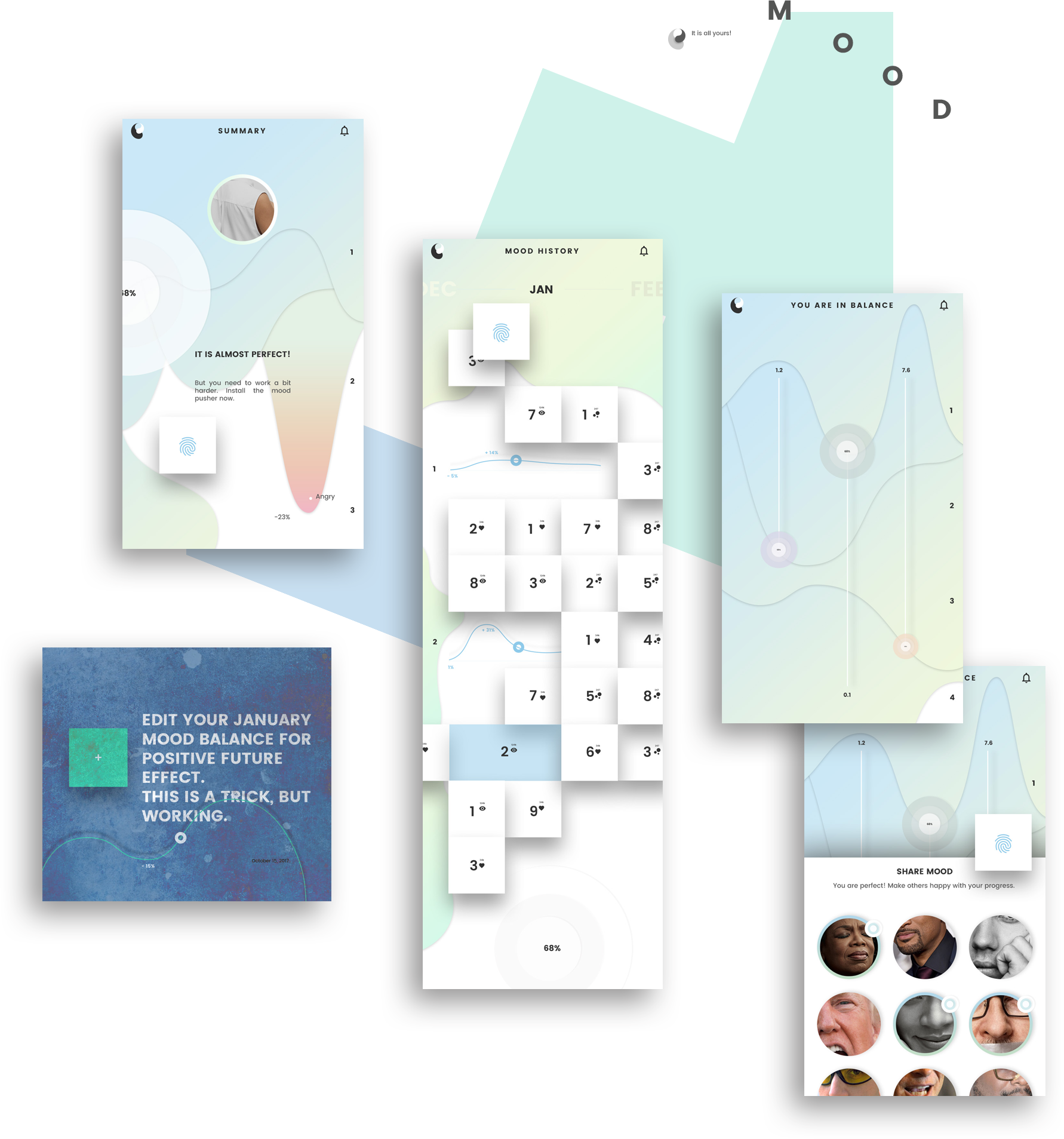 The impromptu. Screens and charts 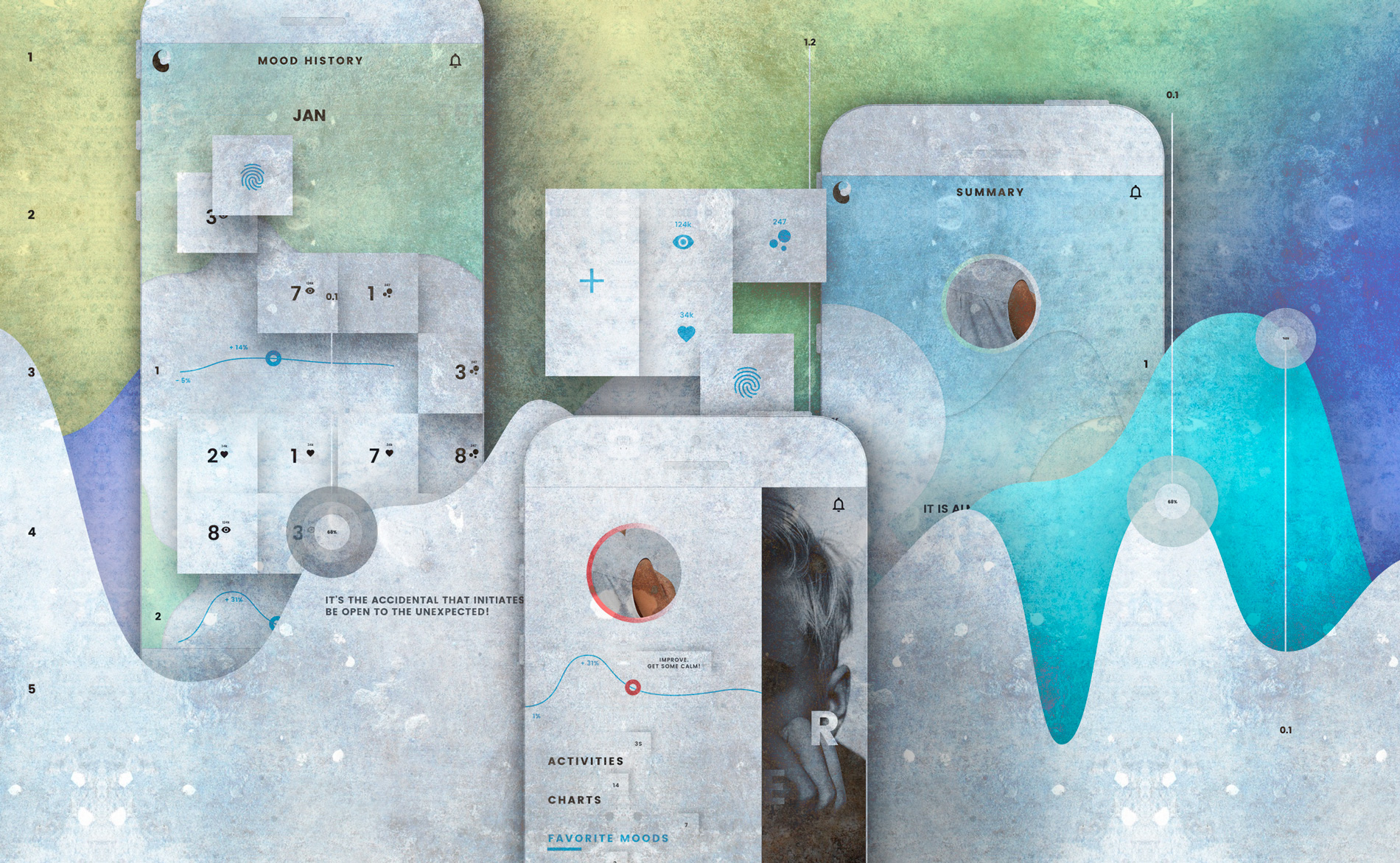 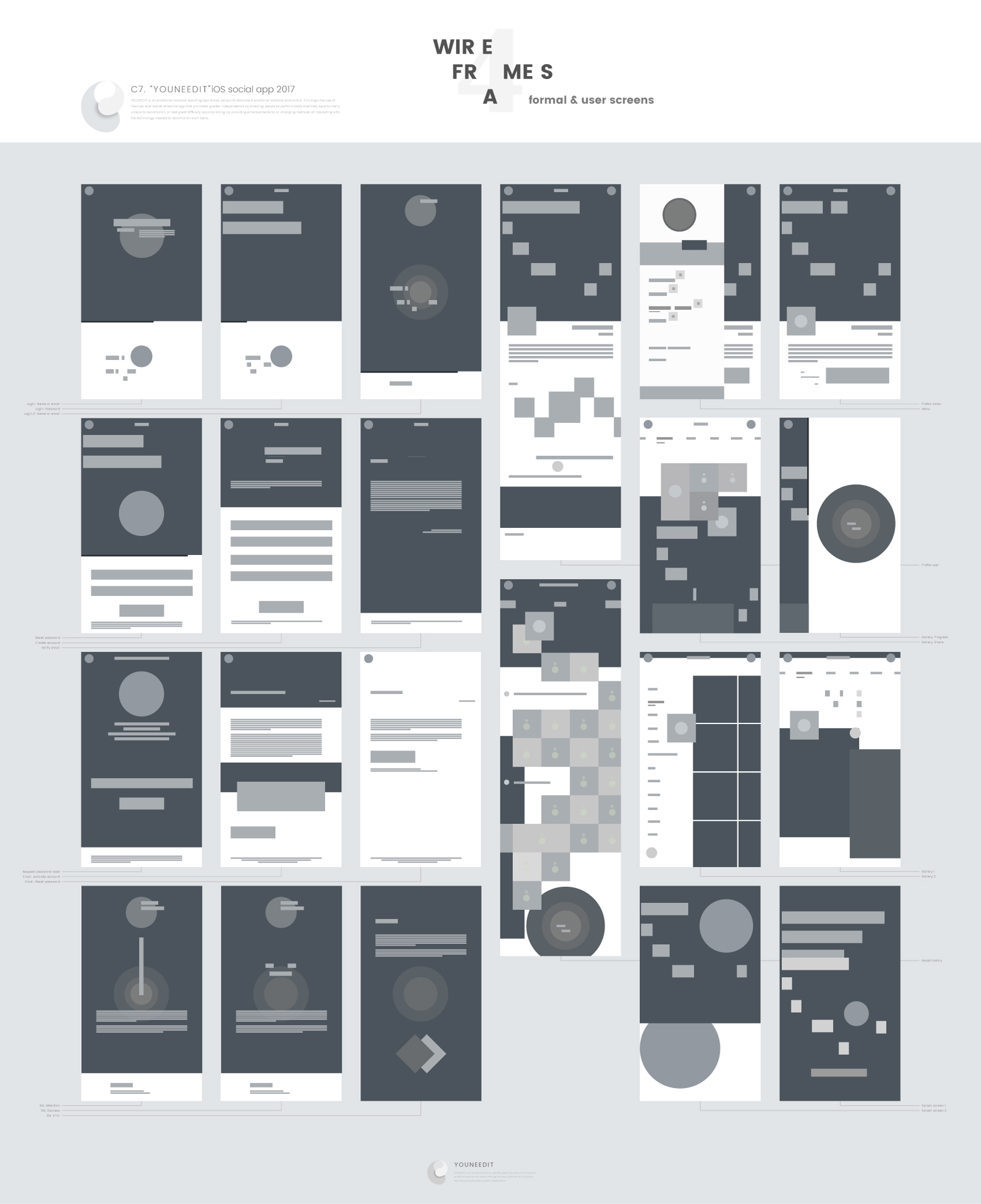 In Chinese philosophy, yin and yang ("dark-bright", "negative-positive") describe how seemingly opposite or contrary forces may actually be complementary, interconnected, and interdependent in the natural world, and how they may give rise to each other as they interrelate to one another. Many tangible dualities (such as light and dark, fire and water, expanding and contracting) are thought of as physical manifestations of the duality symbolized by yin and yang.

Two unequal Yin and Yang drops, connected at the very top point one to another. When one has more, the other will have less and vice versa. It is like two connected balloons with water inside, the amount of the fluid will always be the same – a balance can be reached in an ideal situation, but come on, in real life most of the time one will have more than the other.

Working on the logo.

Actually all the elements of the visual identity were used in the UI presentation, here is a simple translation of it into a printed object. 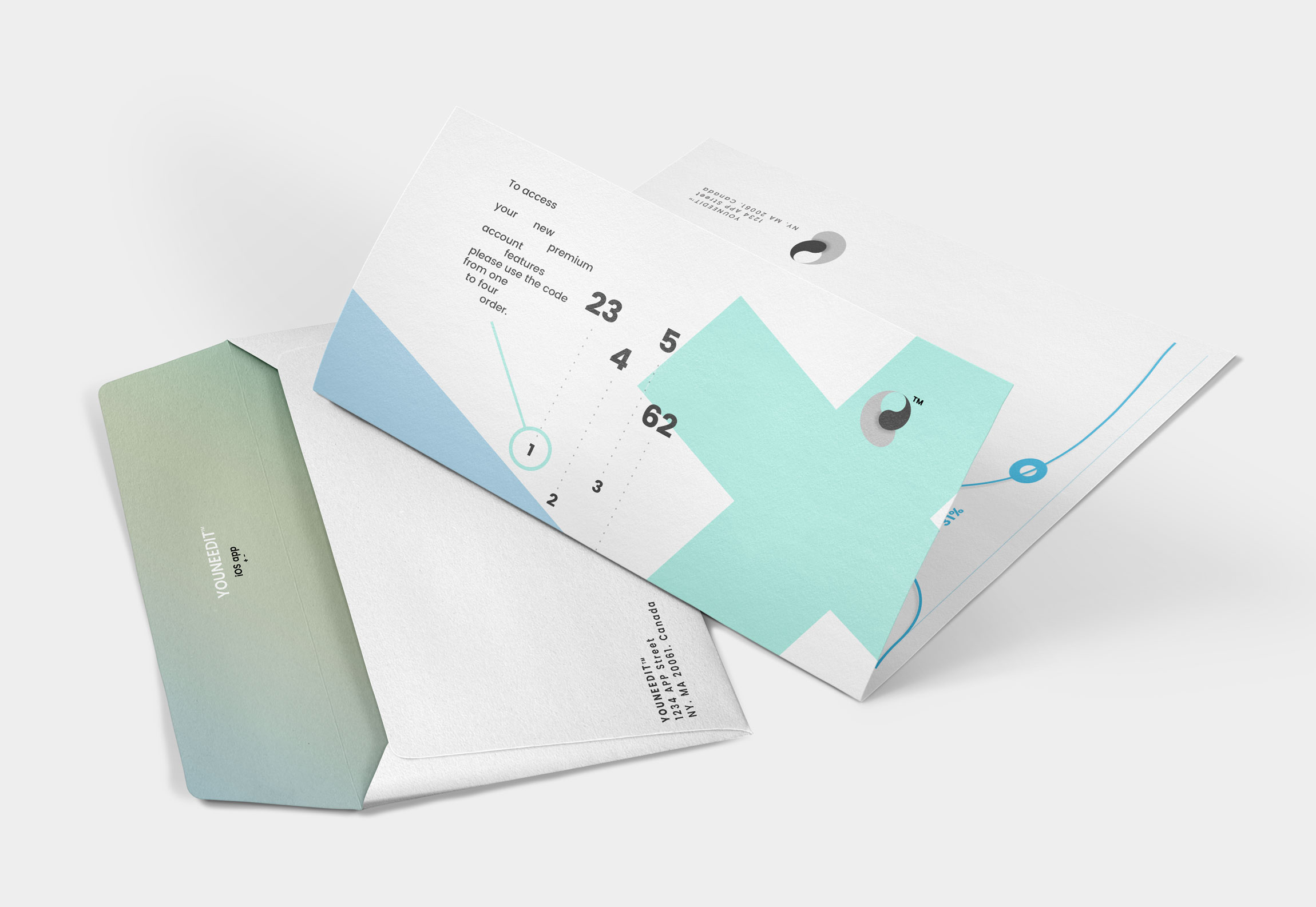